There has been an explosion of attention for MMT this year. Most coverage is rather superficial, either bagging manna from heaven or burning a straw man.

You don’t have to believe in MMT as even part of any newish macro paradigm to appreciate its critique of the mainstream, like this blog by Adam K on a recently released paper by the new Black Rock employee Stanley Fisher et al:

The article links to a paper written by and others for Black Rock Institute “Dealing with the next downturn: From unconventional monetary policy to unprecedented policy coordination”

There is something fishy there.

“The strength and persistence of global precautionary saving pushed real interest rates below growth … But a significant increase in borrowing by governments globally could absorb part or all of this saving glut, pushing real interest rates towards or even above growth.”

The authors still see the process of issuing government debt and financing government spending as depending on the presence of preexisting “savings”.

They got the causality wrong. This is the naive classical version of loanable funds theory in action.

Adam K
Wednesday, September 25, 2019 at 8:52
There are red ants crawling under the Black Rock. From the same paper – [About the the “standing emergency fiscal facility”]

“Our proposal stands in sharp contrast to the prescription from MMT proponents. They advocate the use of monetary financing in most circumstances and downplay any impact on inflation. Our proposal is for an unusual coordination of fiscal and monetary policy that is limited to an unusual situation – a liquidity trap – with a pre-defined exit point and an explicit inflation objective.”

I believe one of the main errors in New-Keynesian theory is the following: They don’t understand that liquidity preference actually works. Hording (near) money is not a “friction”, it ls the residual. They may pay lip service to Keynes but their equations contradict General Theory – the function which is optimised in the DSGE model is the sum (integral) of the utility function over time from now till the end of times yet there is no utility in wealth hoarding. What has been earned in the current period must be either consumed or invested and the models do not properly integrate “money”

The second grave error is the absence of social classes therefore they are modelling market socialism in the best case. Yet the rich are the ones who maximise a goal function consisting of the stock of wealth and current / discounted consumption. I don’t even know if this can be mathematically optimised with 2 social classes without making additional ad-hoc assumptions but even if can be done the model will still suffer from the insanity of rational expectations.

Therefore the so-called “market interest rate” is an artefact and the assumptions of the Wicksellian loanable funds theory are not met. There is no such a thing as a “liquidity trap” either.

The whole thing can be modelled perfectly well as in a SFC environment but we can’t predict the future and maybe this is better for all of us. 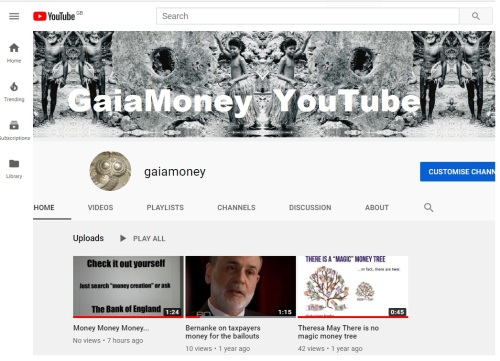 2 thoughts on “Apropos of MMT…”