Is the coronavirus an act of green terrorism?

Allegedly the currently globalising  coronavirus did not just accidentally escape from the  Wuhan virology lab  but was deliberately smuggled out by a 21 year old researcher and self declared Greta Thunberg fan.  “I wanted to disrupt the earth-killing global economy” declared the biochemistry student who sneaked out the virus last summer and then spent several months manipulating it into a less lethal version. The money for that lab work is said to have come via a Ukranian source related to Hunter Biden’s Burisma Holdings  as part of a special CIA project initiated by John Brennan just prior to his dismissal.

This bizarre story taps into our  eternal fears of terrorism and the current coronavirus infodemic.

It also features all the favourite flavours of a typical Trump hoax. Given most readers never read beyond the headline paragraph it may well go a little viral precisely because it is 99% fake. I should know because I just made it up.

Fake as clickbait. I do apologize. But what better opportunity for reflection than a crisis. “We need a complete rethink” argues Henry Mance in the weekend FT and asks:  “If the shock of a coronavirus disruption isn’t enough for us to re-calibrate, what will be?”

As to the market crashing, in January I quoted marketwatch: “Overbought markets tend to be vulnerable. Sometimes it is an exogenous event that topples stocks.”  Thanks to the Saudi’s urge to poor oil into the  inflammation we now got two shocks for the price of one.  How bad can it get? No idea but who could exclude the possibility of a  67% meltdown?  On the bigger picture I refer you to my  previous crisis post.

Regarding the facts about corona’s origins, Foreign Affairs concludes  that,”So far, neither the theory that the virus was developed as a biological weapon nor the notion that it escaped a laboratory by accident seems as plausible as the hypothesis that the virus jumped to humans from animals at the wet market. But the conspiracy theories have poisoned the atmosphere…”    read the Foreign Affairs article here

Simon Kuper FT  18/4/20   The Covid conspiracies: a virus that can only spread 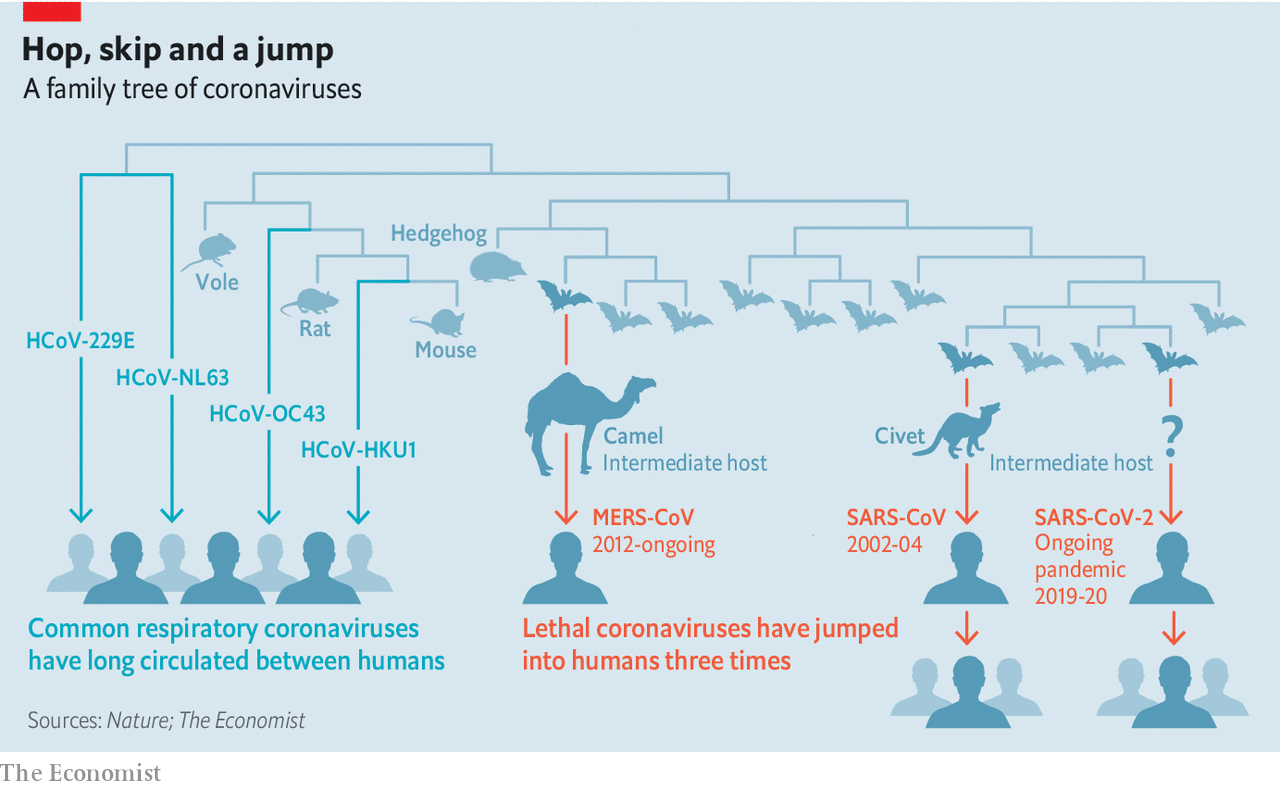 How the disruption of the economy has reduced Co2 emissions  is a reminder that we are still a (80%)  fossil-burning global economy. But “there is nothing to celebrate in a likely decline in emissions driven by economic crisis because in the absence of the right policies and structural measures this decline will not be sustainable,” says Fatih Birol, executive director of the IEA, in The Guardian. An expert in The Independent agrees, “Although reductions are substantial, they are most certainly only temporary, and there will likely be a rebound effect.”

“Lauri Myllyvirta, lead analyst at the Centre for Research on Energy and Clean Air, found that carbon emissions in China are down at least a quarter over the month of February …  and concentrations of nitrogen dioxide by about 40%. …  Myllyvirta says the parallels to past episodes when the world has seen its emissions fall are limited. A pandemic, after all, is hardly a humane, desirable or logical way to count on combating climate change.

“To reduce emissions in a sustained way, you need the world to run in a clean way – and forever,” he says. “You can’t just lock everyone in their homes and say you shouldn’t go to work.”

“A complete switch from coal to low-carbon generation – or a modest carbon pricing policy – can provide emissions reduction on the same order of magnitude as a war, recession or pandemic,” adds Kenneth Gillingham, a professor of economics at Yale University. “This provides at least a sliver of a reason for optimism.”   read the Independent article here

“Putting a price on carbon, in the form of a fee or tax on the use of fossil fuels, coupled with returning the generated revenue to the public in one form or another, can be an effective way to curb emissions of greenhouse gases. That’s one of the conclusions of an extensive analysis of several versions of such proposals, carried out by researchers at MIT and the National Renewable Energy Laboratory.”

Indeed, there is hope for progress as unorthodox financial measures are used to deal with the crisis. Nearly all of them involve some form of “cash for people” rather than QE for banks. The Economist sums up the argument:

“Better to support the economy directly, by helping affected people and firms pay bills and borrow money if they need it. For individuals, the priority should be paying for health care and providing paid sick leave.”

Call it QE, not-QE, QE-lite or file it under fiscal, the fact is that “since the financial crisis, the boundary between monetary and fiscal policy has become so blurred that the limits of central bank responsibility are no longer clear.” Says Frances Coppola, author of  “The Case for People’s Quantitative Easing”.     read more on this here

In a 2018 paper economists  Josh Ryan-Collins and Frank van Lerven present a “new typology of forms of fiscal-monetary coordination … including both direct and less direct forms of monetary financing …” and remind us that “historical examples of fiscal-monetary policy coordination have been largely neglected, along with alternative theoretical views, such as post-Keynesian perspectives.”

“Is now the time for Modern Monetary Theory?” asks  bloomberg  and wonders if even the  Germans might be nudged  into overcoming their inflation phobia.

Ironically it’s the former fiscal hawks and austerity advocates on the political right that have become de facto Keyneseans and MMT practitioners. First Trump’s tax cuts for the rich and most recently Johnson’s “socialist” budget.  .

So is the crisis converting everyone to  Keyneseans again?

Only superficially, and ignorantly, as  Robert Skidelsky points out. “I am skeptical about these latest “return of Keynes” stories. This is partly because there has been no principled repudiation of austerity, and partly because most of the new converts simply equate Keynes with budget deficits. In fact, Keynesian arithmetic can also point to surpluses.”

Indeed the agenda behind this right wing Keynes revival is not about using state power to reduce inequality or impose green taxes. Rather, as Iain Duncan Smith told the BBC “you need a dose of Keynesianism to restore monetarism”. And  James Crotty argues that this “Keynesianism without Keynes”  is all about authoritarians “using state power to lock in the dominance of the rich.”

Nonetheless, given a return to Friedman type monetarism seems as likely as a return to the gold standard, any move away from pre- and pseudo- Keynesean dogma is to be be welcomed, the more so it progresses beyond the mainstream syntheses of Neo- and New- toward Post-Keynesean perspectives.

Like what’s wrong with “Quantitative Easing for the Planet” ?

“Across the political spectrum, conventional wisdom holds that technology and finance remain the greatest obstacles to moving society beyond fossil fuel dependency. Yet, neither is the real reason why progress on climate action has stalled for decades,”  writes thenextsystem’s  Carla Skandier and argues that “The most effective, and timely, way to untangle the paralyzing relationship between government and industry is through a federal buyout of the fossil fuel companies that control these noxious assets.”

Timely indeed, given that the Oil majors and minors are getting cheaper by the day.

“The potential benefits of a QE-financed federal buyout are manifold. Besides neutralizing fossil fuel opposition to climate action, which few other meaningful supply-side proposals could do, a federal buyout has two other selling points. It would leapfrog critical shortcomings of standard supply-side initiatives—namely, lock-in infrastructure and green paradox—and clear the path for a just energy transition for fossil fuel workers and communities.”     read thenextsystem article here

And that’s just one example of how unorthodox fiscal-monetary coordination can provide new solutions to the two old priority problems:  Inequality and Climate Change.