“In the twilight of her chancellorship, Angela Merkel has secured her place in the pantheon of European statesmanship by agreeing to common EU borrowing to help the countries hardest hit by the coronavirus rebuild their economies.” 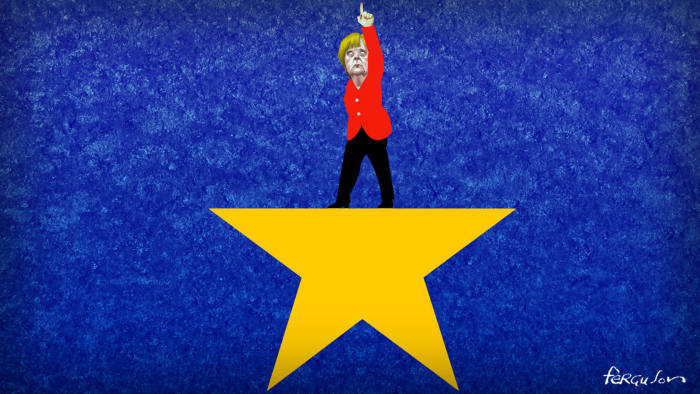 The  FT’s Martin Wolf  findet auch  “…this is a Merkel moment. Once again, this ever-cautious politician has made a decisive move.”  Denn  “As Anatole Kaletsky  of Gavekal has argued, the Franco-German proposal is far more significant than (the) relatively modest numbers suggest. It includes two innovations: the ability of the commission to borrow on its account and so create a new class of EU bonds; and the fact that the borrowing is to be financed by new European-wide taxes on carbon emissions or financial and digital transactions. The leverage on the tax revenue allowed by the ability to borrow could be huge. If, for example, the EU would float an irredeemable bond at 1 per cent (a conservative assumption), it could borrow €100bn, forever, on €1bn of annual revenue. That is a very big deal.”

“There is recognition that without some form of transfer between Germany and her struggling neighbours in southern Europe, political misery beckons.   …   Rather than a lame chancellor limping to the end of her 15-year career, Mrs Merkel sits on a pile of political capital, gained from competent handling of the pandemic. Germany has the means to change Europe—if it chooses.”