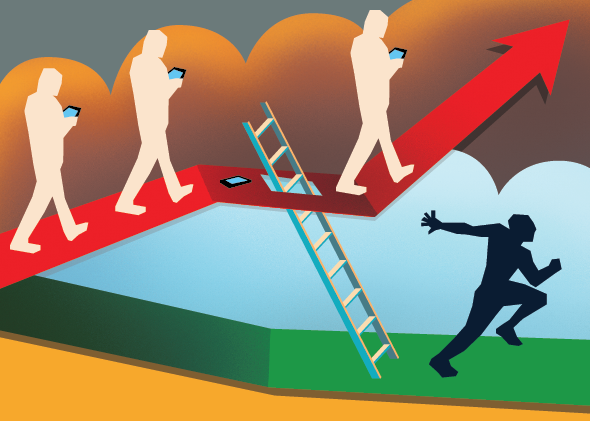 Nearly a year ago I did a first blog on Greta, ending with a promising beginning: “I was about Greta Thunberg’s  age when the “The Limits To Growth”  appeared on the bestseller table of my local bookshop…”

But stuff happens and I never got much further on “Green Growth”. I was planning to reconstruct my own “green attitudes” and what happened to them over the last half century. Because, yes, basically I became greenish as a teenager. Just like everyone else around me. Many of my cohort would go on to study environmental sciences, become water experts, recycling consultants or agricultural economists. There was plenty of pollution to see and smell, the “Nuclear Power? No Thanks!” campaign and the US hippy inspired disdain of materialist aspirations. “We” basically had enough stuff and should concentrate on letting the “Third World” catch up, preferably in less polluting and more sustainable ways. E.F.Schumacher’s “Small is Beautiful” would become the bestseller of 1973. Etc…

So we were going green 50 years ago. What happened ?

You could say economics.  As in mainstream equilibrium economics.  Even in 1973 the one economist I happen to know would smile and nod along to my juvenile enthusiasm for all things green and then conclude: “A market economy without growth? Just can’t see that.”

The Mainstream still can’t see that. Yes there is the climate crisis. Yes one knows there is trouble with macro, would not want to defend GdP as a metric and has come to acknowledge that aggregate growth has not trickled down as predicted. But…

“There Is No Alternative!”

There sure are and always have been alternatives to the mainstream model. Many academics have researched them for decades. It’s just the mainstream never paid any attention.

But stuff happens. Like the “unpredictable” financial crisis and subsequent QE helped “whacky” MMT to get a voice. Greta pushed the climate crisis to the top of the agenda. Now Covid19 has pulled De-Growth on to Bloomberg.

So what is De-Growth?

“In recent years, a group of economists, ecologists, and anthropologists has gained attention for trying to overturn a core tenet of economic policy — that growth is good for everyone. Known as the “degrowth” movement, these scholars suggest a reframing of humanity’s goals along ecological lines to address the climate crisis, along with a reconsideration of using gross domestic product as a metric for progress. The upheaval of the coronavirus crisis has added fuel to the debate.”

It’s a challenge to the dogma surrounding economic growth and the maxim that more is better. It envisions focusing on improving human well-being, rather than constant economic growth, and doing so within certain “planetary boundaries” to tackle problems such as global warming and the loss of biodiversity. The idea is that developed nations would embrace zero growth or even shrinking GDP in favour of building an economy that makes humans healthier and happier — without necessarily aiming to increase the country’s total wealth.”

Read the whole article on  bloomberg   or  here