“The University of Glasgow has been accused of capitulating to “wokeism” after it called off a talk by an academic whose research was said to be “eugenicist”.”   The Times brimming with liberal indignation is a bit rich.  But only as rich as the typical incumbents’ complaints. Which is understandable. One is worried one is losing one’s grip on one’s birthright to define and control “free speech”.

But there is a problem with “woke” cancellations. They signal political submission and intellectual impotence.

The cancelled talk’s headline assertion that “Genetics Determines Most Social Outcomes” is so dumb it must a provocation.

Call him an AynRandist  Malthusian or capitalist sycophant, but eugenicist?  What would be the point of euthanising the dumb and poor if they are so necessary? Unlike rentiers, for instance, to whom J M Keynes recommended  voluntary euthanasia.

Like most others, the Glaswegian woke controversy begs at least two questions:

Why was the invitation extended in the first place? ( Would it be : An academic advocate of cannibalism and child labour! Wow that’ll get some attention… )

Why can the invitee not be challenged, debated and shown to be, say, a cannibalist, eugenicist, supremacist, or just another biologist cheerleader of Californian Capitalism? 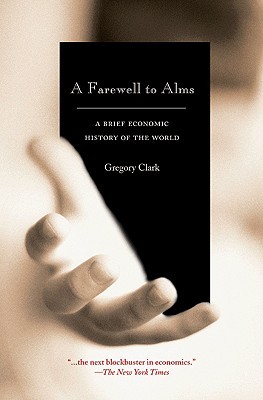 When confronted with positional power one can only come up with exclusion? One has no intellectual powers to resist, let alone debunk? One can’t think of a single relevant fact or argument?

Funnily enough relevant facts may often be found in the protagonist’s own output. Which is why banning their work or voice speaks of fear? Fear to have nothing to counter the powerful voice of the speaker?

But failure to confront means the excluded are permitted to confirm their AynRandist superiority: See, they got no arguments, no facts, no nothing. All they can do is keep me out.

Arguments and facts are not hard to find. Even the most tendentiously position enhancing conclusions (let’s see if this gets me published) do not simply disqualify the research :  “A Farewell to Alms” asks the right questions, and it is full of fascinating details, like the speed at which information travelled over two millennia …”  writes Samuel Bowles.

What’s typically wrong are the  biased interpretations  and  alleged conclusions.

For a taster of some of the real arguments involved in the Glaswegian case try Samuel Boswell’s review of Gregory Clark for starters.  read or download Bowles review of Clarke here

Beware that this critical review is from within the same academic silo.  Just one example: Why no reference to the very relevant work of iconoclast  Deirdre Mac Closkey.

So I am left with a few more questions :

Does one have to no-platform the flat earth society  because one fears one might lose the argument?

To be really safe, maybe one could try inviting only cuddly animals?

More to the point: If even those selected to become academics are not up to the job of exposing flawed reasoning and research, who is?

Maybe (future) academics should be randomly selected rather than by the phony metrics of meritocracy?

theguardian.com  10/10/2021   The Tories have persuaded voters there’s a threat worse than fuel shortages – The goal of the ‘war on woke’ is to make people think that while things are bad, they could be a lot worse if the left was in power  Nesrine Malik

The British historian Alex von Tunzelmann explained to me a few years ago why we are unable to discuss empire without denial and defensiveness. “Empire is still all around us,” she said. “It is still so integral to everything about Britain that we don’t really see it at all.” This lesson can be applied equally to our tendency to deny unpleasant and ubiquitous features of our politics. Ever since the Conservative party threw itself aggressively into a culture war during the Brexit referendum, the effects of this strategy have been constantly minimised. Academic research, polls and media analysis regularly misread the right’s hugely successful strategy, concluding that the culture war is not really taking place at all. …”…

weekend FT   21/8/2021  The Politics of safety  by Amia Srinivasan –  The leading philosopher on how from city streets to campuses, the search for safer spaces is a defining feature of our age

theguardian.com   1/2020 How the word ‘woke’ was weaponised by the right    The term is meant to denote an attentiveness to important issues. But the likes of Laurence Fox and Toby Young have begun using it in a very different way