“Communitarianism is a 20th Century political doctrine which emphasizes the interest of communities and societies over those of the individual. While not necessarily hostile to Liberalism or Social Democracy per se, it does oppose individualist doctrines like Libertarianism (which stresses human independence and the importance of individual self-reliance and liberty) and most aspects of modern Conservatism, advocating instead ideas such as civil society (the concept of voluntary civic and social organizations and institutions, as opposed to the force-backed structures of a state and commercial institutions).

Like Collectivism, which stresses human interdependence and the importance of a collective, Communitarianism focuses on community and society, and seeks to give priority to group goals over individual goals. However, for the most part, communitarians emphasize the use of non-governmental organizations in furthering their goals, and so differ from authoritarian or Communist sympathizers. Its exact premises and policy consequences are difficult to pin down, and most criticism of Communitarianism has come from individualist thinkers concerned that it just provides cover for collectivists.

Although a 20th Century philosophy, the term “communitarian” was coined in the 1840s by the British utopian Socialist Goodwyn Barmby (1820 – 1881) to refer to advocates of a communalist society (which refers to communal living and/or communal property, essentially a forerunner to modern Communism).

Types of Communitarianism – The term is primarily used in two senses:

Philosophical Communitarianism is primarily concerned with metaphysical and epistemological issues, as distinct from policy issues. It specifically opposes classical Liberalism, which construes communities as originating from the voluntary acts of pre-community or atomistic individuals, and emphasizes the role of the community in defining and shaping individuals. It believes that the value of community is not sufficiently recognized in liberal theories of justice. Communitarians claim values and beliefs exist in public space, in which debate takes place. Thus, if an individual rejects a majority belief (e.g. the historic belief that slavery is acceptable), he or she will do so for reasons that make sense within the community, rather than simply any old reason.

Ideological Communitarianism can be seen as a radical centrist ideology (a third way philosophy which includes the belief that, in affirming the core principles involved on both sides of a political argument, the disagreement can be resolved or rendered moot). It is sometimes marked by leftism on economic issues and conservatism on social issues. Communitarians seek to bolster social capital (the value to democracy of social networks and groups) and the institutions of civil society. It also affirms positive rights such as state-subsidized education, state-subsidized housing, a safe and clean environment, universal health care, extensive public works programs, and often even the right to a job, and laws limiting pollution, gun ownership, etc.”

communitariannetwork.org/      The Communitarian Network is a coalition of individuals and organizations who have come together to shore up the social, moral, and political environment. We are a nonpartisan, nonsectarian, transnational association.

https://icps.gwu.edu/   The Institute for Communitarian Policy Studies at the George Washington University is the nation’s leading center for communitarian policy research and is a research institute dedicated to finding constructive solutions to social problems through morally informed policy analysis and moral dialogue. We seek to bring the best scholarship and analysis to bear on policy issues affecting family, schools, the community, and the moral climate of society as a whole.

The Economics of Mutuality

A Theory of the Social Market 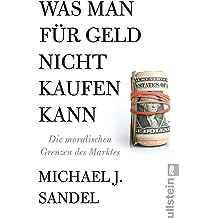 What Money Can’t Buy: The Moral Limits of Markets

Justice: What’s the Right Thing to Do?

The Case Against Perfection: Ethics in the Age of Genetic Engineering

Democracy’s Discontent: America in Search of a Public Philosophy

Liberalism and the Limits of Justice

The Communitarian Critique of Liberalism   by  Michael Walzer

Communitarianism and the market : a paradox      Irene van Staveren

Communitarian philosophers understand morality as emerging in communities through the interaction between agents in practices. At first sight, communitarianism therefore seems to provide a suitable perspective for conceptualising morality in economics, since the economy might be regarded as a sequence of such practices in communities of business, households,
and trading. But several well-known communitarians, such as MacIntyre, Anderson and Etzioni, are rather sceptical about the economy, and in particular markets, as a location of moral behaviour, which leaves us with a paradox: How can economists re-conceptualize the dominant theory of markets towards a more morally embedded theory of economic life, using ideas from communitarianism, when at the same time communitarians deny the market as a location of morality? This article will argue, firstly, that such a sceptical view relies on a false dichotomy between market and morality. The dichotomy is explained by the acceptance by three major communitarian philosophers of a narrow theory of economic behaviour: rational choice theory. Secondly, the paper shows how three key communitarian ideas may be usefully applied to the understanding of economic behaviour. Thirdly, the work by another communitarian, Walzer, is referred to, in order to show how communitarian thought may be related to progressive economic thought in order to conceptualize the market as a morally embedded institution.

A Critique of Communitarianism    by Katerina Dalacoura