The study, published in the journal Sustainability, said: “The globe-spanning, energy-intensive industrial civilisation that characterises the modern era represents an anomalous situation when it is considered against the majority of human history.”  The study also said, that due to environmental destruction, limited resources, and population growth: “The [academic] literature paints a picture of human civilisation that is in a perilous state, with large and growing risks developing in multiple spheres of the human endeavour.”

theguardian.com 5/2021 Post Growth by Tim Jackson review – life after capitalism – The ecological economist adds to his message that relentless economic expansion is killing the planet with a set of more philosophical reflections. But does ‘post growth’ offer as many answers as the Green New Deal?

We are offered a fascinating cast of characters that include the 1960s US science power-couple Carl Sagan ,Lynn Margulis, Hannah Arendt, Wangari Maathi, John Stuart Mill and his wife Harriet and, as they say, many, many more.

Jackson illustrates the power of stories by describing how the ‘law of the jungle’ became the defining myth of globalized capitalism when 19th-century economists projected their own selfish and competitive motivations onto an innocent natural world.

He quotes the historian Theodore Roszak: “Far from reading the ethos of the jungle into civilized society, Darwin read the ethos of industrial capitalism into the jungle, concluding that all life had to be what it had become in the early mill towns: a vicious ‘struggle for existence’.”

Where Darwin led, economists followed, and Darwin himself admitted being guided to his insights into evolution by that most dismal of all economists, Thomas Malthus.

Far from the war-zone imagined by 19th-century philosophers, an unbiased observation of nature displays the cooperative and symbiotic relationships between species as described by ecologists and sought after by ecological economists.

…”Thiel is in one sense a caricature of outsized villainy: he was the only major Silicon Valley figure to put his weight behind the Trump presidential campaign; he vengefully bankrupted a website because he didn’t like how they wrote about him; he is known for his public musings about the incompatibility of freedom and democracy. …

just as my interests in the topics of civilisational collapse and Peter Thiel were beginning to converge into a single obsession, I received out of the blue an email from a New Zealand art critic named Anthony Byrt. If I wanted to understand the extreme ideology that underpinned Thiel’s attraction to New Zealand, he insisted, I needed to understand an obscure libertarian manifesto called The Sovereign Individual: How to Survive and Thrive During the Collapse of the Welfare State. It was published in 1997, and in recent years something of a minor cult has grown up around it in the tech world, largely as a result of Thiel’s citing it as the book he is most influenced by. (Other prominent boosters include Netscape founder and venture capitalist Marc Andreessen, and Balaji Srinivasan, the entrepreneur best known for advocating Silicon Valley’s complete secession from the US to form its own corporate city-state.)

The Sovereign Individual’s co-authors are James Dale Davidson, a private investor who specialises in advising the rich on how to profit from economic catastrophe, and the late William Rees-Mogg, long-serving editor of the Times. …”… 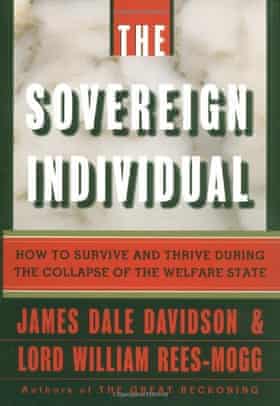 The book’s 400-odd pages of near-hysterical orotundity can roughly be broken down into the following sequence of propositions:

The Sovereign Individual is, in the most literal of senses, an apocalyptic text. …”… 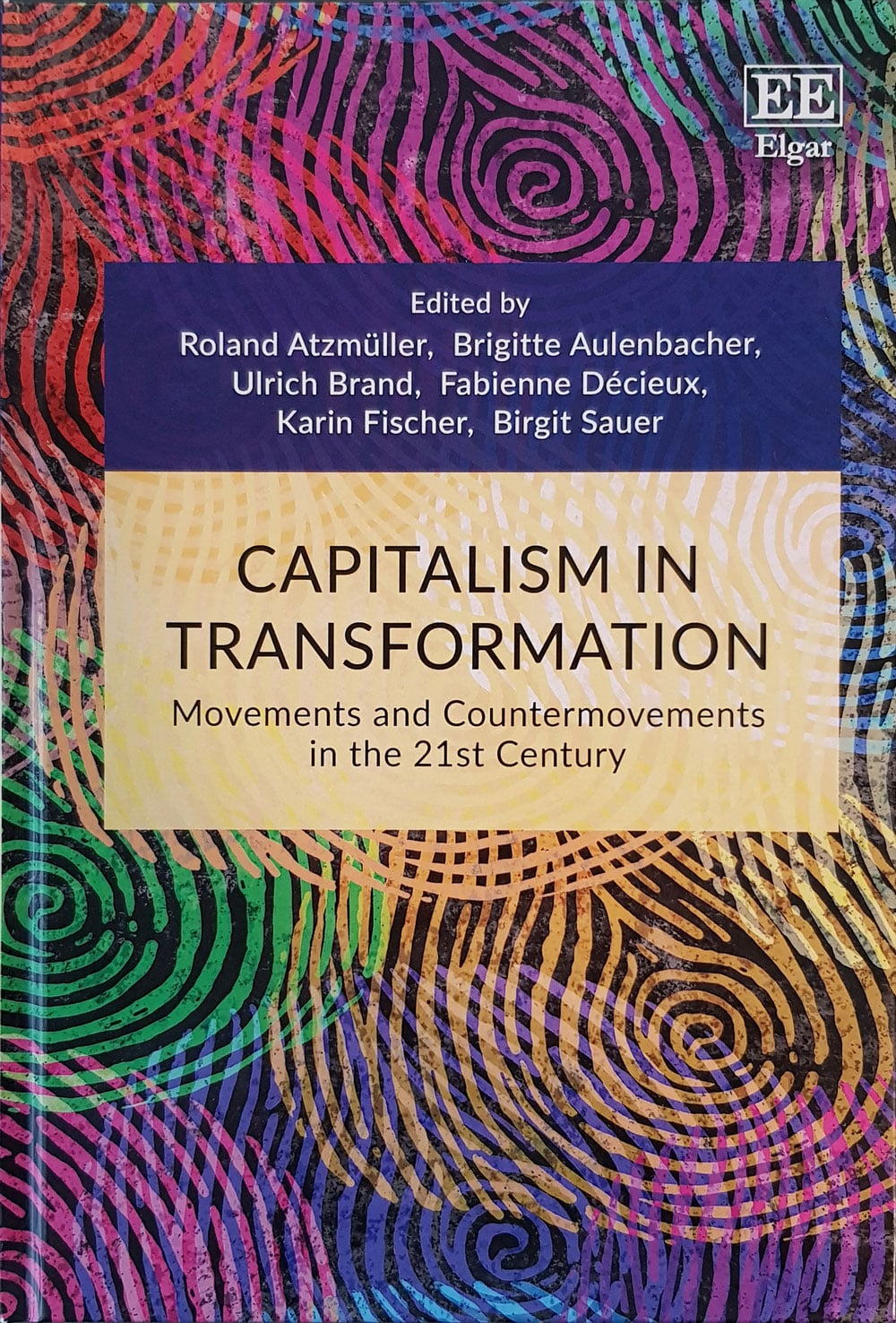 socialcapitalresearch.com  2019 Capitalism in Transformation: Movements and Countermovements in the 21st Century

Presenting a profound and far-reaching analysis of economic, ecological, social, cultural and political developments of contemporary capitalism, this book draws on the work of Karl Polanyi, and re-reads it for our times. The renowned authors offer key insights to current changes in the relations between the economy, politics and society, and their ecological and social effects.

Book Review:  Capitalism in Transformation explores the relationship between economy and society in a way that transcends the cramped confines of economistic thinking. Utilising Karl Polanyi’s[1] approach and concepts, the authors analyse the current multiple crises and social movements affecting numerous countries in the early 21st century. Can humans survive industrial capitalism and achieve justice and freedom for everyone in complex society? We are currently experiencing a financial crisis, a crisis of democracy, an ecological crisis, climate disaster, and widening inequality, to name just a few problems. Capitalism in Transformation looks at the question of whether we are witnessing a deep transformation to reorder our society and economy. Are we facing the end of capitalism and an uncertain post-capitalist future? Or will social protection movements reign in marketization? What role will increasing extreme left- and right-wing political movements have in this transformation? These are extremely topical questions for most of the worlds’ population and urgent issues requiring critical consideration.

Other Notable Editorial Reviews : ‘The book provides new historical and theoretical reflections on the work of Karl Polanyi and its relevance to today’s movements and countermovements, including new fictitious commodities, such as knowledge and care, the rise of the populist right throughout the world and the transformation of labour markets.’
– Marguerite Mendell, Director, Karl Polanyi Institute of Political Economy, Concordia University, Canada

academia.edu  2016 How to Get Out of the Multiple Crisis? Contours of a Critical Theory of Social-Ecological Transformation  by Ulrich Brand    download PDF here