spectator.co.uk   18/9/2021 The war that changed the world in the early seventh century – James Howard-Johnston describes how the last great conflict between the Roman and Persian empires led to the Arabs and Islamism sweeping all before them

TUCKED AWAY in a seemingly forgotten corner of the Istanbul Archaeology Museum, Daniel Mansfield found what may solve one of ancient math’s biggest questions. …  Hidden within this tablet is not only the oldest known display of applied geometry but a new ancient understanding of triangles. It could rewrite what we know about the history of mathematics, Mansfield argues. ..  .These findings were published Wednesday in the journal Foundations of Science….Babylonian mathematics, which already holds a place of renown in the pantheon of ancient math, might’ve been more sophisticated than historians have given it credit for.

theguardian.com 2018 The Making of the Middle Sea review – fascinating, intelligent and provocative – It is artefacts, not people, that shape this award-winning, challenging history of the Mediterranean

“When Cyprian Broodbank promises in the subtitle to this award-winning book that he will start “from the Beginning”, he should be taken at his word. Indeed, it is not until page 65, by which time we have reached the Miocene period (22 to 5m years ago), that something vaguely recognisable as the Mediterranean actually makes an appearance, although not all of its geographical features were in their proper place: “Crete, for example, broke off from Turkey some 9m years ago, carrying with it horses, deer and crocodiles, then disintegrated and foundered, before arising again, looking more like its modern self some 2-3m years ago.”

At this point, the Mediterranean functioned more as a barrier than a meeting point. It allowed the separate development of Neanderthals on the northern shore and Homo sapiens on the south. Broodbank is anxious to correct the impression of Neanderthals as ice-age specialists; he insists that they were cold-enduring, not cold-loving, creatures, and they enjoyed some prime Mediterranean real estate in caves at the foot of Gibraltar, along the coast of Croatia and on the Costa del Sol. They were soon mostly outbred, outeaten or indeed eaten by our ancestors. …”

theguardian.com   06/2021 They may be vine-smothered ruins today, but the lost cities of the ancient tropics still have a lot to teach us about how to live alongside nature   by Patrick Roberts

…”Not only did societies such as the Classic Maya and the Khmer empire of Cambodia flourish, but pre-colonial tropical cities were actually some of the most extensive urban landscapes anywhere in the pre-industrial world – far outstripping ancient Rome, Constantinople/Istanbul and the ancient cities of China. Ancient tropical cities could be remarkably resilient, sometimes surviving many centuries longer than colonial- and industrial-period urban networks in similar environments. Although they could face immense obstacles, and often had to reinvent themselves to beat changing climates and their own exploitation of the surrounding landscape, they also developed completely new forms of what a city could be, and perhaps should be. Extensive, interspersed with nature and combining food production with social and political function, these ancient cities are now catching the eyes of 21st-century urban planners trying to come to grips with tropical forests as sites of some of the fastest-growing human populations around the world today.  As with “agriculture”, people in the west tend to view the concept of a “city” through a narrow lens. …”… 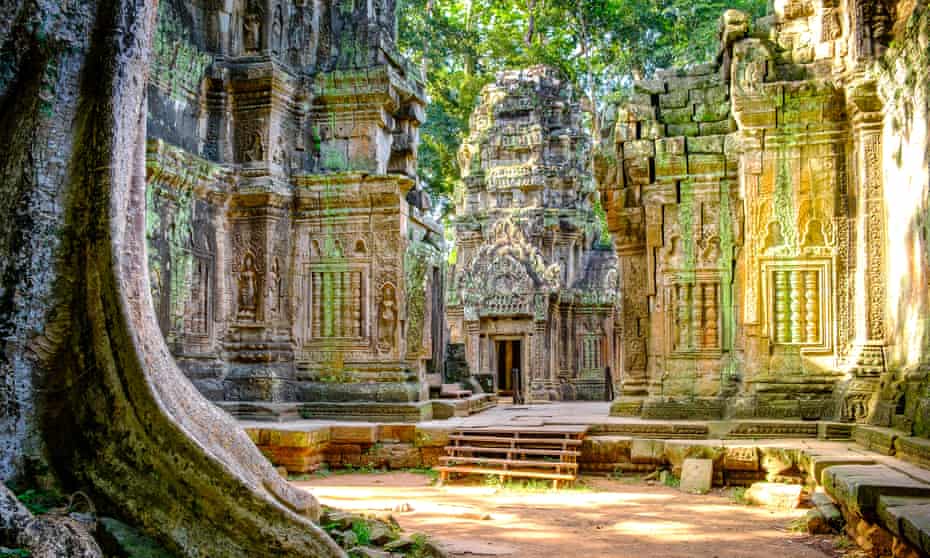 theguardian.com 2020 “…British marine archaeologist Dr Sean Kingsley has amassed evidence showing that Solomon was not only a flesh-and-blood monarch but also the world’s first shipping magnate, who funded voyages carried out by his Phoenician allies in “history’s first special relationship”. …

He explored Andalusian port towns from Mezquitilla to Málaga and found that the archaeological evidence reveals “a Phoenician coast”. He visited the site of the great mine of the ancient world, Rio Tinto – 70km inland from Huelva – which produced gold, silver, lead, copper and zinc – and where, crucially, he realised that old maps and historical accounts referred to a particular spot as Cerro Solomon or Solomon’s Hill. …

Kingsley added: “What turned up in southern Spain is undeniable. Phoenician signature finds, richly strewn from Rio Tinto to Málaga, leave no doubt that Near Eastern ships voyaged to what must have seemed the far side of the moon by 900BC.

“When I spotted in ancient accounts the name of the hill where silver was mined at Rio Tinto – Solomon’s Hill – I was stunned. Biblical history, archaeology and myth merged to reveal the long-sought land of Tarshish celebrated in the Old Testament.

“It looks like Solomon was wise in his maritime planning. He bankrolled the voyages from Jerusalem and let salty Phoenician sailors take all the risks at sea. …”