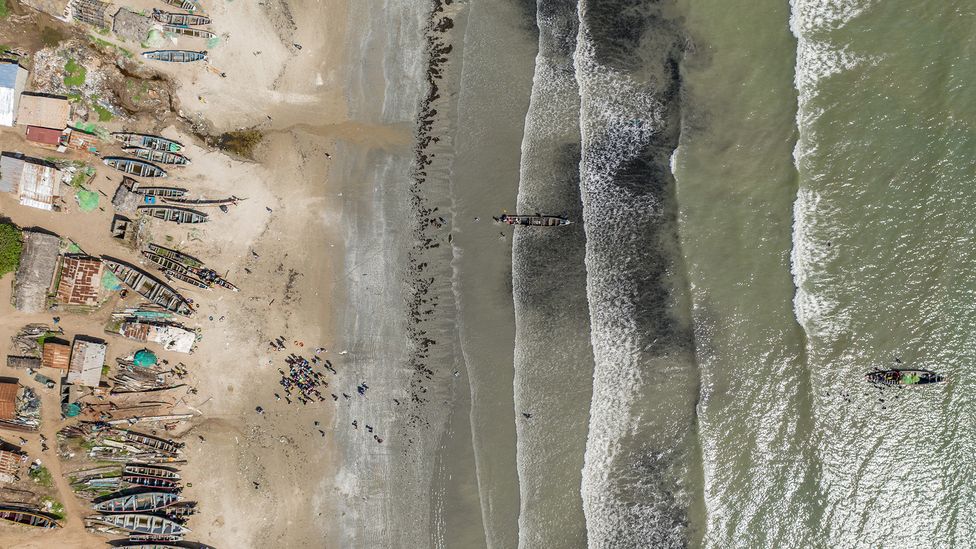 wired.co.uk  23/11/2021 Humans Have Broken a Fundamental Law of the Ocean – The size of undersea creatures seemed to follow a strange but stable pattern—until industrial fishing came along.  by Matt Reynoldsweforum.org   10/2020  The oceans are absorbing more carbon than previously thought     by Jamie Shutler,  Andy Watson

The oceans play a critical role in capturing CO2 from the atmosphere –  Around 25% of all CO2 emissions are absorbed by the ocean, making it one of the world’s largest ‘carbon sinks’  –  However, new evidence suggests this figure could be even higher – The oceans cover over 70% of the Earth’s surface and play a crucial role in taking up CO2 from the atmosphere – Estimates suggest that around a quarter of CO2 emissions that human activity generates each year is absorbed by the oceans.

he first-ever analysis of mercury in sediments recovered from the deepest parts of the Pacific Ocean has revealed them to be hotspots for the toxic element, containing up to 56 times more mercury than other deep sea areas.

Since 2017, the Minamata Convention on Mercury has been working on reducing anthropogenic mercury emissions by phasing out mercury-containing products and regulating the metal’s use in gold mining. But whether released by human activity or from natural sources, the often toxic metal ultimately ends up in soils and ocean sediments in the form of inorganic salts, organic compounds or even particle-bound and free elemental metal. …  Overall, ocean trenches make up only 1% of all deep sea areas but may accumulate 12% to 30% of all marine mercury. … The study’s lead researcher, Hamed Sanei from Aarhus University in Denmark, called his team’s results ‘alarming’.

dailymaverick.co.za/   5/2021 SHADES OF THE BIG BLUE (1)  Seaspiracy and the environmental impact of fishing By Catherine Del Monte

dailymaverick.co.za  5/2021 SHADES OF THE BIG BLUE (2)  Defenders of the deep: protecting our oceans – “Overfishing and plastic pollution are big threats to ocean health, but climate change and ocean warming are drastically changing our marine ecosystems.By Catherine Del Monte
“As mentioned in our first story, Seaspiracy and the environmental impact of fishing, Ali Tabrizi’s documentary Seaspiracy, released in March, is an in-depth, albeit controversial, exposé of the vastness of the problems the world’s oceans are currently facing. But what is the situation in South Africa and what are some of the solutions being implemented to help solve some of the issues?..”…
bbc.com/future    23/3/2021   Chinese-run factories are turning huge amounts of The Gambia’s fish stocks into fishmeal for aquaculture. But are they taking too much, too quickly?  By Ian Urbina
“… In 2017, China cancelled $14m (£10m) in Gambian debt and invested $33m (£23.8m) to develop agriculture and fisheries, including Golden Lead and two other fish-processing plants along the 50-mile (80km) Gambian coast. The residents of Gunjur were told that Golden Lead would bring jobs, a fish market, and a newly paved, three-mile road through the heart of town. …
For the area’s local fishermen, most of whom toss their nets by hand from pirogues powered by small outboard motors, the rise of aquaculture has transformed their daily working conditions: hundreds of legal and illegal foreign fishing boats, including industrial trawlers and purse seiners, criss-cross the waters off the The Gambian coast, decimating the region’s fish stocks and jeopardising local livelihoods. …

After Golden Lead was fined, in 2019, it stopped releasing its toxic effluent directly into the lagoon. Instead, a long wastewater pipe was installed under a nearby public beach. Locals claimed it has been dumping waste directly into the sea. In March 2018, about a hundred and fifty local shopkeepers, youth and fishermen, wielding shovels and pickaxes, gathered on the beach to dig up the pipe and destroy it but two months later a new one was installed with the government’s approval. ….

Jojo Huang, the director of the plant, has said publicly that the facility follows all regulations and does not pump chemicals into the sea. The plant has benefitted the town, Golden Lead told Reuters, by helping fund a school and making donations for Ramadan celebrations.  …

Manjang contacted environmentalists and journalists, along with Gambian lawmakers, but was soon warned by the Gambian trade minister that pushing the issue would only jeopardise foreign investment. Bamba Banja, the head of the Ministry of Fisheries and Water Resources, was dismissive, telling a local reporter that the awful stench was just “the smell of money”. …

Global demand for seafood has doubled since the 1960s. Our appetite for fish has outpaced what we can sustainably catch: more than 80% of the world’s wild fish stocks have collapsed or are unable to withstand more fishing. Aquaculture has emerged as an alternative – a shift, as the industry likes to say, from capture to culture. …

The fastest-growing segment of global food production, the aquaculture industry is worth $160bn (£116bn) and accounts for roughly half of the world’s fish consumption. The US imports 90% of its seafood, more than half of which is farmed. The bulk of that comes from China, by far the world’s largest producer, where fish are grown in sprawling landlocked pools or in pens offshore spanning several square miles. …     Manneh obtained secret recordings in which Bamba Banja, of the Ministry of Fisheries, discussed bribes in exchange for allowing factories to operate during the lockdown.” …. “          read whole article at bbc.com   –   you might also like:

There are few remaining frontiers on our planet. But perhaps the wildest, and least understood, are the world’s oceans: too big to police, and under no clear international authority, these immense regions of treacherous water play host to rampant criminality and exploitation.

Traffickers and smugglers, pirates and mercenaries, wreck thieves and repo men, vigilante conservationists and elusive poachers, seabound abortion providers, clandestine oil-dumpers, shackled slaves and cast-adrift stowaways — drawing on five years of perilous and intrepid reporting, often hundreds of miles from shore, Ian Urbina introduces us to the inhabitants of this hidden world. Through their stories of astonishing courage and brutality, survival and tragedy, he uncovers a globe-spanning network of crime and exploitation that emanates from the fishing, oil and shipping industries, and on which the world’s economies rely.

Enabling conditions for an equitable and sustainable blue economy

Abstract
The future of the global ocean economy is currently envisioned as advancing towards a ‘blue economy’—socially equitable, environmentally sustainable and economically viable ocean industries1,2. However, tensions exist within sustainable development approaches, arising from differing perspectives framed around natural capital or social equity. Here we show that there are stark differences in outlook on the capacity for establishing a blue economy, and on its potential outcomes, when social conditions and governance capacity—not just resource availability—are considered, and we highlight limits to establishing multiple overlapping industries. This is reflected by an analysis using a fuzzy logic model to integrate indicators from multiple disciplines and to evaluate their current capacity to contribute to establishing equitable, sustainable and viable ocean sectors consistent with a blue economy approach. We find that the key differences in the capacity of regions to achieve a blue economy are not due to available natural resources, but include factors such as national stability, corruption and infrastructure, which can be improved through targeted investments and cross-scale cooperation. Knowledge gaps can be addressed by integrating historical natural and social science information on the drivers and outcomes of resource use and management, thus identifying equitable pathways to establishing or transforming ocean sectors1,3,4. Our results suggest that policymakers must engage researchers and stakeholders to promote evidence-based, collaborative planning that ensures that sectors are chosen carefully, that local benefits are prioritized, and that the blue economy delivers on its social, environmental and economic goals. 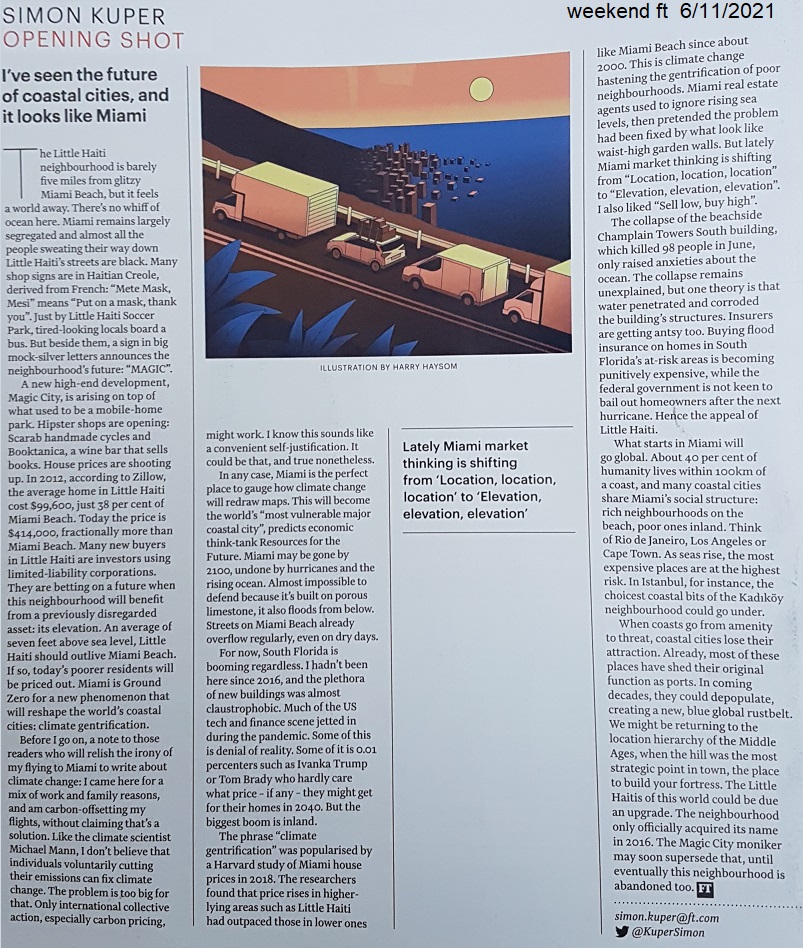